After 22 years in banking, Douglas Noble was ready to leave the 9-5 life behind him. That’s why in 2018, Douglas joined Hallcroft Finance as an Associate Director.

Douglas is a lawyer by qualification and early on in his working career realised his enjoyment in respect to lending and assessing Lending requests. As such, he has worked with a number of banks, such as Bank of Scotland, Barclays, and Weatherbys, to name a few. Latterly, his experience was with Private banking where he had the privilege of setting up the Bank of Scotland’s first-ever Banking operation.  As well as his experience in the banking industry, he built a wealth of his knowledge, skills and experience through a number of independent ventures. As a result of Douglas’s experience in the banking sector, he has managed to develop an extensive contact list.

Coincidently, whilst working at Weatherbys, Douglas met our Non-executive Director, Raymond Sykes. As a result of this when Douglas left Weatherbys conversations between Douglas and Raymond ensued resulting in Raymond introducing Douglas to Hallcroft Finance. When asked what attracted him to work with us, he mentioned having fewer quality projects and more freedom came to mind. As part of his role, it means that the more time and effort that’s put into the role, the more that can be compensated. Nonetheless, even a few hours a week can be rewarded generously, which suited Douglas’s lifestyle as he was looking to have fewer work activities.

When asked what it was that attracted him to the possibility of working with Hallcroft, Douglas explained:

“I could immediately see that Hallcroft Finance is a respectable company to start a relationship and be associated with. They’re highly professional, balanced and respond quickly to queries. That’s important to me as when I’m recommending clients to them, it reflects well on me that they respond the same day. It shows professionalism and a desire to focus on their requirements. Hallcroft’s approach with me was also flexible and pragmatic which meant I could continue with my other business activities.”

Considering Douglas’s efforts on other business ventures, he hopes that his contribution to Hallcroft makes a difference and adds value:

“It delights me that I can add value to the organisation. Their network allows me to feel confident I can go the extra mile for the client. They have strong contacts with lenders that I’ve never dealt with and in some cases never heard of before. Martyn is especially well networked and moves fast on clients. Although it can change, I usually work around five/seven hours a week for them. This usually involves meeting with my existing client base but also meeting new people and wanting to promote the Hallcroft brand.

“I feel my interaction with Martyn, Ian and Adrian are up to scratch, I know they’re accessible if I have any concerns, they’re always easy to reach”.

When advising forthcoming existing and potential property professionals, he looks at it in two ways:

“To do what I do there are two angles you can utilise when promoting the Hallcroft Finance business. Either you have an existing client base that you built up for many years through regular contact and ongoing hospitality or if you are new in the property sector you have to demonstrate and exude personality, energy and courtesy so that people gravitate to you and want to do business with you. Either way, you have to be committed, a self-starter and likeable, something that’s not always easy to portray when your first point of contact is via the internet.’

We currently have multiple vacancies for Affiliate Property Professionals to work alongside Douglas. If you’d like to learn more about this opportunity that enables you to be your own boss whilst having support from those that have done it before, contact Adrian for a confidential chat. 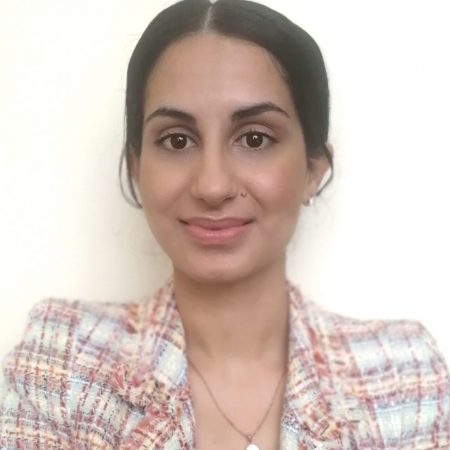 Hallcroft Finance is a trading name of Hallcroft Advisory Limited

This website uses cookies to improve your experience while you navigate through the website. Out of these, the cookies that are categorized as necessary are stored on your browser as they are essential for the working of basic functionalities of the website. We also use third-party cookies that help us analyze and understand how you use this website. These cookies will be stored in your browser only with your consent. You also have the option to opt-out of these cookies. But opting out of some of these cookies may affect your browsing experience.
Necessary Always Enabled
Necessary cookies are absolutely essential for the website to function properly. These cookies ensure basic functionalities and security features of the website, anonymously.
Functional
Functional cookies help to perform certain functionalities like sharing the content of the website on social media platforms, collect feedbacks, and other third-party features.
Performance
Performance cookies are used to understand and analyze the key performance indexes of the website which helps in delivering a better user experience for the visitors.
Analytics
Analytical cookies are used to understand how visitors interact with the website. These cookies help provide information on metrics the number of visitors, bounce rate, traffic source, etc.
Advertisement
Advertisement cookies are used to provide visitors with relevant ads and marketing campaigns. These cookies track visitors across websites and collect information to provide customized ads.
Others
Other uncategorized cookies are those that are being analyzed and have not been classified into a category as yet.
SAVE & ACCEPT